X
Back to the top

In the tradition of cross cultural exploration, the trio “”NEW ORIGIN” come together to make a clear statement of its intent. With a new recording and concerts internationally, these three “comprovisors” are truly the sum of their individual paths.

Christophe Rocher has participated in the creation of new works featuring Paul Rogers, Edward Perraud, Mike Ladd, Bernard Lubat and many other leading artists in the contemporary European music scene. In addition, his own « Ensemble Nautilis » and his key role in « The Bridge Project » have been the subject of a highly acclaimed international tour, notably with Nicole Mitchell, Hamid Drake, Rob Mazurek.

To say that the list of important artists Joe Fonda and Harvey Sorgen have created with is impressive is an understatement. Those in the world wide community are well aware of their accomplishments over the decades. Artists such as Wadada Leo Smith, Anthony Braxton, Barry Altchul, Dave Douglas, Oliver Lake, Hot Tuna, Brenda Bufalino, Karl Berger, Ahmad Jamal and a host of others have had the good fortune to make a connection to these two.

Through many years of touring and recording, the members of this trio have left an indelible mark on the history of jazz and improvised music. Many reviews, awards, and accolades have been bestowed on each of them from the international music critics and writers. With the coming together of Rocher, Fonda, and Sorgen, the expansiveness of their output is a force to be reckoned with. 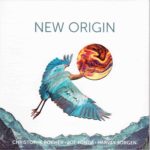